There's a new way of running jMonkeyEngine 3 on Android, using fragments. Since I couldn't find a description of how to do it or a use case, I thought I'd write down how I did.
The old (and still functional) used a class called AndroidHarness that extended Activity and contained all the app specific information in it. This post describes how to use the new AndroidHarnessFragment.

I've just commited support for Google Cardboard in jMonkeyEngine 3. I plan on doing a post with more details of the inner-workings, but in the meantime here's a brief outline and how to use it.

First of all, it's a completely separate integration from the Android VR support project I started. This uses the Google Cardboard API directly and in a way that didn't fit with the architecture in that project.

Why is it useful?

It enables those who wish to use a complete game development package to deploy their application as a Google Cardboard app.


Download the jme-cardboard.jar from the repo and add it to your jMonkeyEngine project.
That should be it. For an example application, check out CardboardStarTravel example in the test package.

If you wish to build the sources, it needs to have an android.jar attached to the project.

Known issues.
Drift with the accelerometer is pretty bad. Don't know if there is anything to do about it on the application side.
Movement is fairly jittery. Adding a filter for the accelerometer might be desirable.


Like I said, there will be more to come! 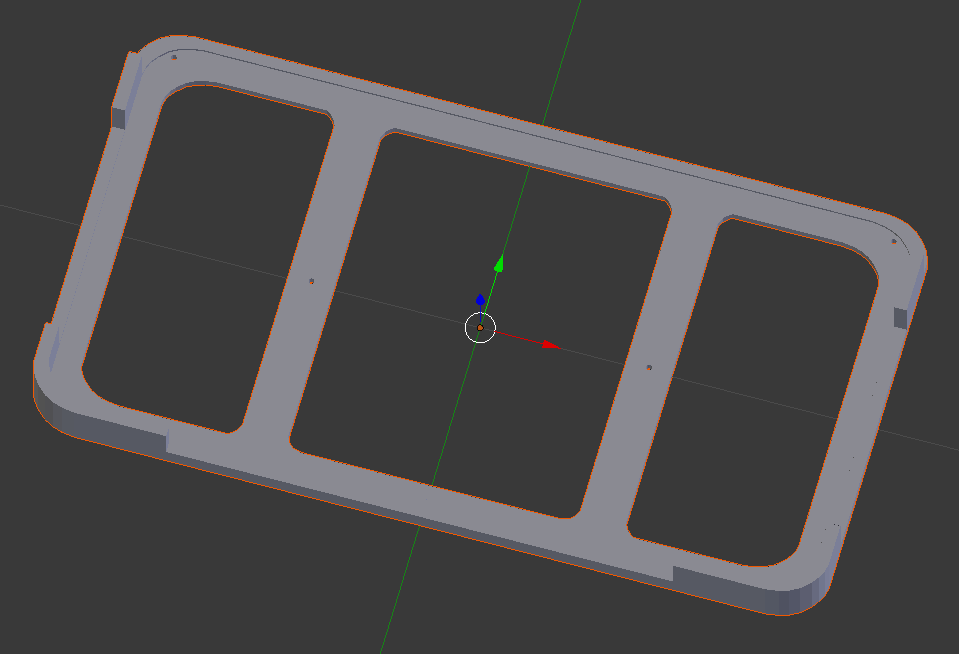 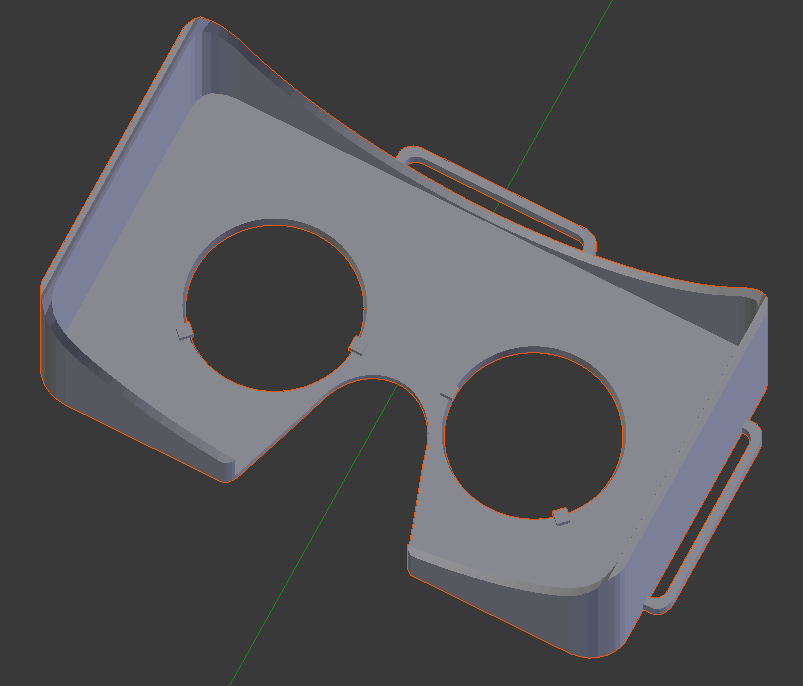 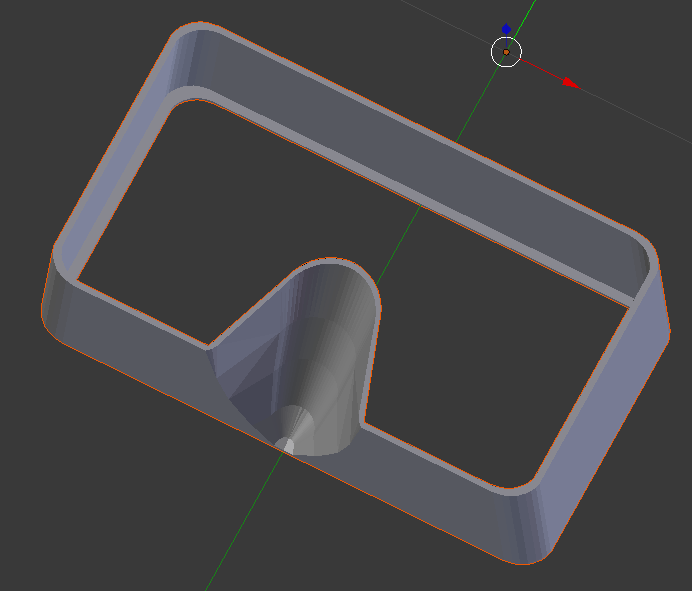 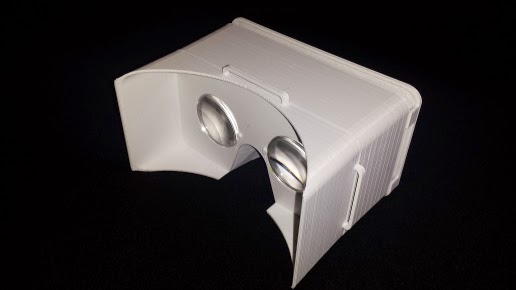 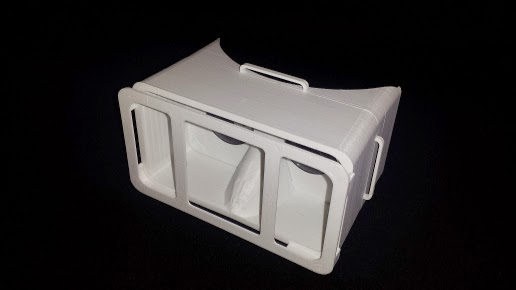 I want to have a fitting for a magnet on it as well but I seem to have lost the magnets I bought, for now..
I plan on sharing these as well as a BOM for a complete HMD once I'm happy with the design. Stay tuned for more.
Upplagd av Unknown kl. 03:35 Inga kommentarer:

Oculus Rift may be leading the pack currently, but I'm sure there will be more contenders for the virtual reality throne, shortly. So, while the Oculus Rift plugin was a good start I think it is time to look into what it would take to support more devices. The architecture established for the Oculus Rift plugin is good enough and I decided to see how much effort it would be to implement a basic virtual reality API for Android. After all, the low-budget Google Cardboard probably makes it the most accessible device of all.

You can find the repository for the project here: https://github.com/neph1/jme-androidvr

Like I stated in the beginning, it follows closely what has already been implemented in the Oculus Rift plugin but classes have been abstracted to allow for more diverse, future, implementations.
It revolves around class called VRAppState. This class sets up two viewports and a StereoCameraControl which handles the two different views.
The StereoCameraControl class gets its data (currently only rotation) from a class implementing a HeadMountedDisplay interface. In this example it's called AndroidDisplay. The AndroidDisplay class accesses the Android application and registers itself as a SensorEventListener for the Accelerometer and Magnetometer. The default update delay is way too slow, so it uses SENSOR_DELAY_GAME instead.
sensorManager = (SensorManager) JmeAndroidSystem.getActivity().getApplication().getSystemService(Activity.SENSOR_SERVICE);
accelerometer = sensorManager.getDefaultSensor(Sensor.TYPE_ACCELEROMETER);
magnetometer = sensorManager.getDefaultSensor(Sensor.TYPE_MAGNETIC_FIELD);
sensorManager.registerListener(this, accelerometer, SensorManager.SENSOR_DELAY_GAME);
sensorManager.registerListener(this, magnetometer, SensorManager.SENSOR_DELAY_GAME);
Once sensor data is updated it's received by the onSensorChanged method. It updates our local values and confirms that data has been received before getting the rotational data of the device in the form of a Matrix. This is stored in a temporary field and then orientation is interpolated towards it. This was due to using the raw data was much too jittery.
public void onSensorChanged(SensorEvent event) {
if (event.sensor.getType() == Sensor.TYPE_ACCELEROMETER) {
gravity = event.values;
} else if (event.sensor.getType() == Sensor.TYPE_MAGNETIC_FIELD) {
geomagnetic = event.values;
}
if (gravity != null && geomagnetic != null) {
boolean success = SensorManager.getRotationMatrix(R, I, gravity, geomagnetic);
if (success) {
SensorManager.getOrientation(R, orientationVector);
tempQuat.fromAngles(orientationVector[2], -orientationVector[1], orientationVector[0]);
orientation.slerp(tempQuat, 0.2f);
}
}
}

The shader is using the same principle established early in the Oculus Rift plugin which itself was inspired by an example implementation on the Oculus Developer web site (it seems it has since been removed from the website. If anyone has a link, please let me know). Each display has a post processing filter and the necessary distortion correction is done in a fragment shader. It begins with the class called BarrelDistortionFilter which is instantiated in the VRAppState class.
The BarrelDistortionFilter takes the information from the HeadMountedDisplayData and creates a projection matrix for the Camera associated with its ViewPort. It also prepares some variables for the shader.
The scaleFactor value is an arbitrary number used to fit a specific screen. This most likely needs a formula for different screen sizes.